Many things change with the development of the world order. If we want to add another example to these, we also include sports. Artificial intelligence started to show itself in almost every field. Therefore, the task they take on even in their business processes is high. Because of coronavirus, it had the opportunity to take the top plan. Some types attract people’s attention and measure the heart rate on the athletes that athletes wear on the tops they train. To follow them, the coach can observe them with the tablet. Also, after the suggestion of artificial intelligence, they can say to make more effort for the athlete with low performance. I can say that we see technological things all over sports now.

An example of this is the practice of VAR in football or whether the ball has crossed the line, and the referees can quickly tell by technology. Artificial intelligence in sports focuses on bringing success much more effectively than the industrial structure of the past. After the pandemic process that affected the world, it plays a helpful role in making a success compared to the past. If the athlete does not take care of himself during the virus process and does not get enough efficiency from his performance, instead of him or her, artificial intelligence can easily propose people who develop themselves in sports during this process. When you give the training results to the analysts, they make the necessary analysis for you and calculate the shooting power or shot rate, making it easy for you at the time of selection.

Artificial intelligence will be a guide in many sports branches within the next 5 to 10 years at the latest. It has been on the agenda for a long time to create training programs that can run the rotation speeds according to the instant ice rate for ski sports and train them with the real world.

The goal-line technology that uses in the field of sports also uses a computer vision technology in the background. Touching the developing ball lines for volleyball, the control of the score status will be given to the referees who lead the match by artificial intelligence in the form of wristbands. Nowadays, it is gradually integrated into baseball sports and made suitable for active use. VAR technology came to Turkey for approximately 2 years. It had to prove its success in order to come here, and this technology made it happen.

For basketball, thanks to technology, it is possible to predict how much training success will reflect on the court. In addition to these, the analysis that will trigger the success and the decisions made in line with these analysis will have a direct effect on the success. Among the sports branches, football is the most popular in the world. Therefore, almost 85% of technological developments are tried in this field first and then adapted to other sports branches.

Another issue is that the uniforms and shoes are specially produced, in addition, to reduce the sweating rate of these technological products, allowing a comfortable match. In the century we live in, even the equipment worn by the athletes has an effect on the situations at the end of the match. Many well-known brands have started to offer special design products in this field. 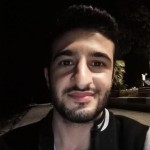 DeepTrust: How Trustworthy Is Artificial Intelligence?