Under current world conditions, artificial intelligence is found almost everywhere in life. Our pets will be included in these in the future. We can see the first example of this with Aibo, which Sony company designed and presented. This robotic study raised the question of whether robots will replace animals in the future. Company officials explained that they have created a product that can fully understand people’s moods and react accordingly. These robots, which are currently on sale, continue to be considered in the development phase. After such a study was first announced in mid-1999 and developed, we can now see that robot dogs can react according to the desires of people and execute their desired command systems. This dog, which is $ 2900 in price, is actively sold to users with an order request through the site.

People who own the dog named Aibo are aware that they will not harm the environment because they can direct them with the command via the code. In this way, parents provide a perfectly suitable environment for their young children. It helps them acquire a love for animals at a young age, and is a friend that accompanies their growth step by step and directly contributes to the development of children. An artificial pet designed without any of the features of normal dogs such as toilet need, shedding, cleaning, going out and walking can provide convenience to people in this sense. In my opinion, people should understand and feel the sincerity of the real animal instead of this kind of work, but Sony has explained that there is positive feedback from people for Aibo. Even if it has not been on the agenda enough yet, to give us an example of things among the positive developments of the future, the best example of this is Aibo.

Its battery capacity has been determined as approximately 2 hours. In addition, it needs to be charged for 3 hours to fully charge. If you want to access the features of this robot, you can find the resources I used from the section I mentioned. This product, presented by Hiroaki Kitano using artificial intelligence, has the prediction that you will observe it all over the world in the next 10 years. Both the functions and auxiliary functions it performs, as well as the existence of specially designed codes, make it a unique friend. This robot, which has a design that attracts the attention of young children, has been determined that children have more demands than mature people. Where purchasing power is sufficient, Aibo appeals to young people and draws their eyes to them. In this way, they increase their sales rates and increase the profit margin.

In a century where almost everything robotics is popular, getting involved with a robot designed in this way will help increase the potential customer base. Towards the beginning of 2021, the expectation for a different version robot developed from humans has increased. The expected increase in demand for Aibo has the chance to come to the fore with every extra feature made. In this way, it gets the chance to reach the targets it will target by traveling effectively in the market again. If I make suggestions for the robot dog, it can increase the joy of young children by playing the taught games and singing special songs, as well as the perception of commands. With this project, Sony can raise the level of development to higher positions by leaving information as a roadmap to the robot products to be newly built. Developments such as Aibo are globally respected and ongoing studies open to improvement.

Many developments such as a robot that helps you in the kitchen, a vehicle that can go on its own without touching the steering wheel, robots that move in the sea without harming the sea, and a mirror that provides information about the weather will be in almost every stage of our lives in the future. Aibo, on the other hand, was engraved in our memories in 1999 as a study that describes the future state of animals. As someone who follows the developments day by day, it can be clearly observed that this work will not end here, there will be more work in the future. No additional work is required for this. The study, which started with the dog model, can then be presented to people with trials on some new animal models. As I mentioned above, Aibo was just a trial and it succeeded. There are many things that develop with artificial intelligence in different sectors. If you want to be aware of these issues, I recommend you to read my articles.

If I talk about the latest developments for Aibo, it showed up at events such as robocup and showed its talents to people. In this way, people saw what it could do, created demand and raised the profit level to higher levels. This process continued from 1999 to 2008. Later, software developers made a great contribution to the development level by making itself the 5th generation in the first month of 2020. Thus, it proved that it is still open to improvement and that the designers are working on Aibo. 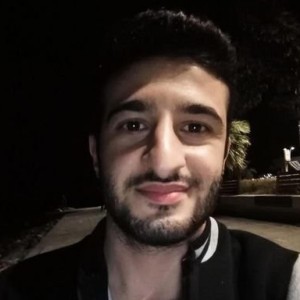