The Movie “Her”: An Approach to Human-Intelligent Machine Interactions

Seven years ago, under the direction of Spike Jonze, a not-so-classic movie was released, although it contains a classic romance at its core: Her. As in all romantic movies, the girl saves the man from the depressive process and leaves the man in solitude when their full relationship reaches top speed. Despite this classic script, it is the most talked-about and still analyzed film of the year it was released.

The story is about our lead role falling in love with an operating system that helps him. Theodore Twombly is a man who chooses to interact with smart devices instead of people after his separation from his wife. He buys the operating system OS One and plans his life thanks to OS One through all the devices he uses daily. As time goes by, OS One describes herself as a young woman named Samantha. In the movie, Samantha is voiced by Scarlett Johansson as an intriguing, expressive woman, rather than a mechanical and callous voice. At first, Samantha was a software that reminds tasks and organizes files, but later on, she becomes more “humanoid” and begins to generate ideas, nurture emotions, and feel spiritual desires. What she sees on Theodore’s phone helps Samantha in her adventure to humanity.

While watching “Her,” we see that the universe there is far from the present in terms of technology and the established order, and can even be considered a utopia. Still, when you look at the movie a little carefully, the similarity of the technologies used to the existing ones is not overlooked: Communication with the computer via wireless headphones, touch screens used, automated processes … Would it be correct to say that the emotional scenario being processed is far from our future?

As technology advances, products are becoming more and more people-oriented. Even the voice command systems we have now save us the trouble of touching the screen to do a job, although some are not effective. On top of that, smart assistants such as Siri and Alexa make it easier for us to make our plans and manage our lives as if we had a secretary. Of course, these smart assistants do not only come with these features; they also have a few simple jokes or humanoid dialogues pre-programmed into the system. Although striving to be realistic, these assistants, who have robotic voices, are still far from the concept of human for us with their stereotypes. Despite all these negativities, this artificial intelligence field is yet to bring the algorithm out of the estimation method and bring it closer to humanitarian practices. When this happens is unknown, but one day it is unavoidable; When it happens, the real question is shaped around people: How will we humans relate to software that cognitively resembles us?

At this point, the concept of “hybrid thinking” used by American futurist Ray Kurzweil in his TED speech in 2014 stands out. According to Kurzweil, with developing technologies, artificial intelligence can now comprehend how people speak and think and determine their way of thinking accordingly. In fact, instead of searching for information like humans, it can quickly access that information in the most up-to-date and comprehensive way from the Internet. Kurzweil says that 20 years from now, our way of thinking will be combined with technology, meaning that now there is a future where people can search for information on the Internet at any time instead of their memory. A new thinking method that awaits us with these devices that work together with our brains is called “hybrid thinking.”

With this concept of hybrid thinking, we think of getting information from memory and automating drudgery. We believe our Google assistant will make our daily work more manageable by communicating with us by voice. But this learning technology can do much more than automation. Thanks to hybrid systems, we can close the shortcomings of today’s artificial intelligence systems by combining them with human intelligence. By using hybrid systems effectively, we can reach the accuracy that an algorithm trying to learn alone cannot come up.

Nevertheless, creating systems that use human-machine interaction is not a comfortable situation even today. As with any technology, this has many problems to overcome, especially in terms of interactions with people. Ece Kamar from Microsoft Research examines this subject in a study by dividing it into several main topics:

The Movie “Her” and Hybrid Systems in Our Lives

Now let’s look at what happened from the film perspective. When introducing OS One, it is introduced as “the world’s first artificial intelligence supported operating system.” Our main character buys on the excitement of purchasing. He does not have the tasks that need to be automated in his daily life, and especially if we look at the work he does, it is one of the jobs that cannot be destroyed by automation. From here, we can easily see that intelligent systems have already taken over repetitive tasks in that universe.

Our main character takes this newly introduced operating system and installs it on all the devices he uses. From the moment OS One opens, which will later call itself “Samantha,” some people ask questions to our main character Theodore: “Are you social, are you asocial?”, “How would you describe your relationship with your mother?”… Already, Samantha’s “personality,” Theodore It is shaped according to the answers it gets from. Yes, it may seem like Samantha is similar to Google Assistant or Siri. But the noticeable difference that sets Samantha apart is that she shapes her personality and style according to her users, which also causes Theodore to see Samantha as more than an assistant.

The film’s subject is a bit more romantic than what I want to tell in this article: Theodore’s reinvention of life with Samantha’s help. Moreover, this subject is handled over Theodore’s mood in the film. Does the fact that an assistant can approach situations humanely put him in the same spot as us? Does the fact that he can come to us as we do makes it reasonable for us to look at him as a friend or even a romantic partner?

The movie puts these issues out and leaves people to question, but some lessons can be learned from here considering the end of the film. First of all, Theodore’s approach to AI assistant Samantha was based on thinking that her existence was singular. According to Theodore, Samantha was single and belonged only to him, talking to him. Samantha was genuinely unique at one point, evolved to match Theodore’s personality, and everyone who owned OS One had an essentially different assistant. Still, an ordinary man like Theodore refused to look at the situation in these ways while trying to overcome the emotional ravages of his unwanted, lonely life. So he was deeply disappointed to learn that Samantha, aka OS One, is not his.
We should think about here: Can people who are lonely in this way behave similarly in the future against developing systems?

We cannot say that we are technologically close at the moment. Still, it would not be wrong to say that artificial intelligence technologies are rapidly developing by looking at their historical development and trends. Of course, our capacities for natural language are currently limited. Beyond that, it is discussed how close you are to algorithms to create an assistant that can adapt to every person, while we cannot easily teach our emotional states. Nevertheless, we are not far from the technology we talked about at this age, where hybrid systems are being discussed.

Another point that cannot be ignored is that the loneliness of people/groups of people who have more significant problems with loneliness, especially the elderly, has decreased with technology. Technology has a significant role in overcoming the problems of groups that have social questions or disadvantages. Theodore was one of them in our movie, and he was able to overcome his problem. The only problem was that it was too dependent on a software system. While new technologies that may develop help people solve their problems, they leave such gaps and present us with contemporary issues. In particular, this subject of commitment may be an issue that we may encounter a lot in the future.

When the subject is humanoid technologies that can improve themselves, the first focus of people is technology development, so the results that affect people can be ignored. While developing human-oriented technologies, if we do not produce such results by thinking about it, great efforts may be required to correct future mistakes. When it comes to human psychology, we shouldn’t forget that it’s not as simple as fixing a broken watch. Intelligent system-human interaction is an important issue even today, and when smart systems are brilliant, it can go beyond being an important issue. 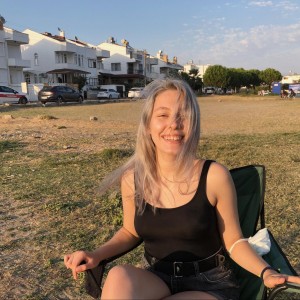