I would like to share with you a detail that caught my eye recently. Actually, I haven’t just met Julia programming. I was only able to address my necessary research in detail. I wanted to share these with you, of course, my dear friends.

All this time I shared my articles with Python, but now the times are changing! Because more performance and faster programming languages continue to be discovered.

According to SlashData data, 8.2 million users worldwide use the Python programming language. I’m also one of these users. I am so familiar with the writing language, its editors and its many advantages that writing this article for me feels like a betrayal of Python… Listen to me a little more and we’ll see what Julia is.

Julia is a high-level and high-performance dynamic programming language. Although it is a general-purpose language and can be used to write any application, many of its features are well suited for Numerical Analysis and Computational Science. You can click on this link to access detailed information about Julia.

In a lot of studies we did in terms of data science, we usually used Jupyter. Both Kaggle and GitHub had free access to millions of open-source data. Perhaps this is why Python is preferred by millions! Millions of free, open-source code and simple spelling languages… In fact, these are just a few of the advantages.

The Julia programming language, released in 2012 by a team of four, is a product primarily intended to address deficiencies in Python and other high-level languages.

Julia’s possessed simple syntax is said to be short, similar to Python’s, but also impressive and powerful. This is why Julia is thought to be moving forward in the sector more strongly.

It is also possible to share data between Julia and Python. The pycall library needs to be used for this data sharing to take place. With the command “pip install pycall” you can install the library on your machine and perform operations. Similarly, sharing with other programming languages is possible.

In addition, there is a very successful document in this GitHub link that I found for you. You can share Julia and Python languages depending on the context 🔖

When looking at Julia’s documentation, a function formation is realized as follows.

X and Y parameters sent to the above function are collected in the function. This sequence of writing occurs in a shorter way as in the image I gave below.

In this way, the F function is created faster and more practical. In the next image, the function is called and the sum of the X and Y variables is performed.

There are no specific differences when viewed for these two programming languages.

So much so that I don’t think the transition between languages will be difficult. Looks like I’ll be moving on Python for a while. But considering speed performance in terms of data science and deep learning, it looks like Julia will take the lead. This may be escalating things a little bit.

From what I’ve learned, Julia seems pretty assertive about speed. Python is the preferred reason for Object-Oriented Programming. It is also frequently used in the fields of data science and machine learning. But when it comes to Julia’s speed performance, it is in line with curiosity who will take the throne in the future.

As a result, the syntax is similar to many programming languages. For this reason, I don’t think developers will be forced to switch to a new language. The only question that remains, for now, is how will Julia and Python’s war end? Let’s see who can win this fight. Will Julia break the taboos? 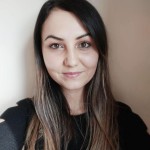